The first episode of Season 5 of Riverdale titled “Chapter Seventy-Seven: Climax” aired yesterday! You can find HD screen captures from the episode in the gallery. Enjoy! 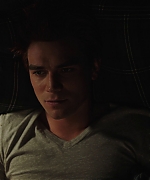 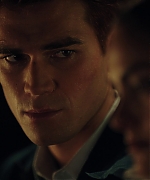 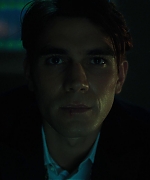 Here is the promo for next week’s episode of Riverdale. You can read the synopsis below.

Riverdale returns tonight at 8/7c for Season 5! I have added episode stills from the first 3 episodes of the season to the gallery. 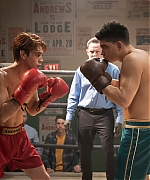 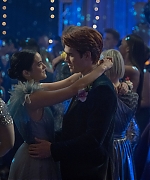 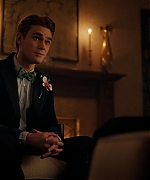 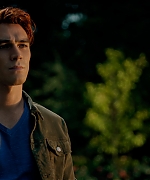 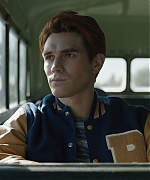 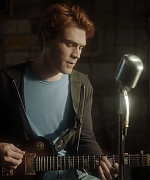 Stars of new film Songbird KJ Apa and Sofia Carson discuss their VERY intense kissing scene. The couple bare all on working with Michael Bay, shooting the first Hollywood movie based on the pandemic and what’s next for KJ in Riverdale…could Sofia be joining him?

Our entertainment reporter caught up with KJ Apa to chat about his new film Songbird.

Find out who he’d choose to quarantine with out of his co-stars and what’s planned for S5 of Riverdale.

KJ Apa tells ET Canada’s Keshia Chante about his new movie “Songbird”, about a global pandemic, which was filmed in the early days of the coronavirus pandemic. Plus, the actor discusses returning to the set of “Riverdale” in Vancouver.

VARIETY – In a release plan fitting for a movie about a deadly pandemic that’s forced everyone into lockdown, STX’s sci-fi thriller “Songbird” won’t play in theaters and instead will debut on home entertainment.

Starting on Dec. 11, audiences can rent the film for $19.99 for a 48-hour period. STX said “Songbird” will land on a streaming service following its premium video-on-demand run, but the studio declined to disclose which one.

“The pandemic has affected every aspect of our business, from production to release, but ‘Songbird’ demonstrates that a nimble studio like STX can find effective and profitable ways to make their movies work,” said STXfilms Motion Picture Group chairman Adam Fogelson. “The show must go on. ‘Songbird’ is a thrilling movie that will speak to audiences in this moment as it keeps them on the edge of their seats.”

Produced by Michael Bay, “Songbird” was filmed entirely during the coronavirus crisis. It was the first movie to shoot in Los Angeles in the middle of the ongoing pandemic.

The film takes place years in the future, in which a mutated strand of coronavirus, called COVID-23, continues to wreak havoc on the world’s population. As the country-wide lockdown stretches into its fourth year, infected Americans are forced into quarantine camps. Amid the dystopia, one courier (portrayed by “Riverdale” star KJ Apa) who is immune to the virus, falls in love with an aspiring artist (Sofia Carson), who is believed to become infected.

In the terrifying thriller SONGBIRD, the COVID-23 virus has mutated and the world is in its fourth year of lockdown. Infected Americans are ripped from their homes and forced into quarantine camps known as Q-Zones, from which there is no escape, as a few brave souls fight back against the forces of oppression. Amid this dystopian landscape, a fearless courier, Nico (KJ Apa), who’s immune to the deadly pathogen, finds hope and love with Sara (Sofia Carson), though her lockdown prohibits them from physical contact. When Sara is believed to have become infected, Nico races desperately across the barren streets of Los Angeles in search of the only thing that can save her from imprisonment … or worse.

The first feature film to be made during COVID-19 in Los Angeles, and about the pandemic itself, SONGBIRD also stars Bradley Whitford and Demi Moore as a wealthy couple who may hold the key to Nico’s mission; Alexandra Daddario as a singer enmeshed in a messy and forbidden affair; Paul Walter Hauser as a disabled veteran whose best friend – a drone named Max – is his eyes and ears to a world that has left him behind; Craig Robinson as Nico’s boss; and Peter Stormare as the corrupt head of the city’s “sanitation” department, which seizes those infected and transports them to the Q-Zone. 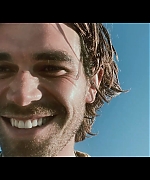 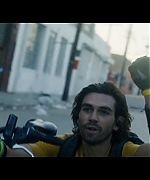 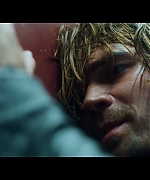 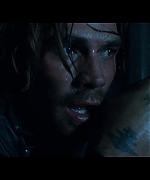 “Songbird” producers announced on July 8 that they had launched principal photography in Los Angeles — the first film to shoot in the city since the start of coronavirus-induced lockdown. SAG-AFTRA issued a “do not work” order on the production on July 2, but rescinded it the next day.

“Songbird” takes place two years in the future, as a lockdown (to prevent the spread of coronavirus) is re-implemented after a more serious virus continues to mutate. The movie centers around an essential worker, played by Apa, who has a rare immunity and is therefore able to work as a delivery man. Carson portrays his girlfriend, who’s sheltering at home. To be with the one he loves, he must overcome martial law, murderous vigilantes and a powerful family, headed by Moore’s character.

Apa is best known for starring in “Riverdale.” He recently appeared in Lionsgate’s “I Still Believe,” which marked his first leading role in a studio movie. Carson currently stars in the Netflix feature film “Feel the Beat.”

Welcome to the grand re-opening of KJ Apa Access! The site was launched back in March of 2017 and closed after a few months. I have been wanting to re-open the site for awhile now and finally had the time to do it. The themes are designed by my friend Jasper at Ten Thousand Beats. The content is also combined with the previous KJ site, Introducing KJ Apa.

KJ is most known for his role as Archie Andrews in Riverdale. He has also starred in movies such as A Dog’s Purpose, The Hate U Give, The Last Summer, and recently in I Still Believe.

The photo gallery holds already over 45,000 photos of KJ’s appearances, photoshoots, television and film projects, magazine scans, and more! I will be working on adding more photos to the gallery soon! I have also worked on career pages that have information all about KJ’s projects.

Please take a look around the site! I hope you all enjoy it and come visit again. You can follow the twitter: @kjapanet to see the most up-to-date updates on the site.

I launched this site on this particular day because today is also KJ’s 23rd birthday! I want to wish a very happy birthday to KJ and another year of happiness, success, joy, health, and love! Hope you have the best day! Happy Birthday KJ!


A subversive take on Archie and his friends, exploring small town life, the darkness and weirdness bubbling beneath Riverdale's wholesome facade.
Family Sites