I have updated the gallery with HD logoless screencaptures of KJ from the tenth episode of Riverdale “Chapter Ten: The Lost Weekend!” Enjoy! 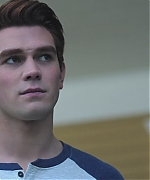 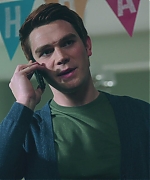 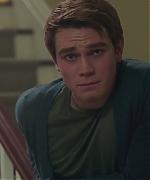 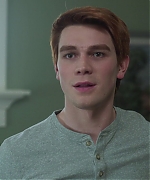 New episode stills from the eleventh episode of Riverdale titled “Chapter Eleven: To Riverdale and Back Again” have been released! I have added the high quality stills to the gallery. Enjoy!

SUSPICIONS CONTINUE TO GROW — Betty (Lili Reinhart) is slammed overseeing Homecoming and Reunion weekend, but Alice (Madchen Amick) wants her to help with the Jason Blossom investigation. Alice turns to Archie (KJ Apa) and Veronica (Camila Mendes) for help, but when Betty discovers they are working with her mom, she is not happy. After seeing his father FP (guest star Skeet Ulrich) start to clean up his act, Jughead (Cole Sprouse) wonders if it’s the right time to give him another chance. Cheryl (Madelaine Petsch) and Polly (guest star Tiera Skovbye) have both decided to go to Homecoming in Jason’s honor, until a revelation waylays their plans. Meanwhile, Fred (Luke Perry) and Mary (guest star Molly Ringwald) attend the Homecoming dance, leaving Fred to possibly reconsider the divorce. Ashleigh Murray and Marisol Nichols also star. Kevin Sullivan directed the episode written by Roberto Aguirre-Sacasa (#111). Original airdate 4/27/2017. 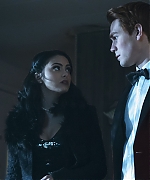 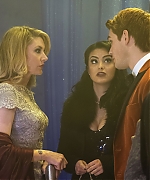 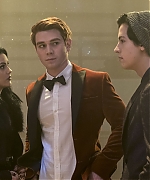 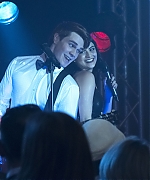 I have added HD logoless screencaptures from the 9th episode of Riverdale that aired on Thursday titled “Chapter Nine: La Grande Illusion” to the gallery! Check them out! 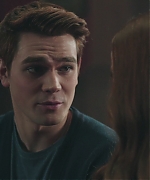 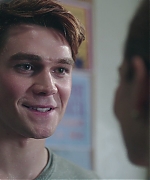 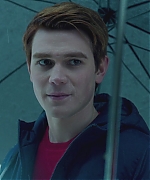 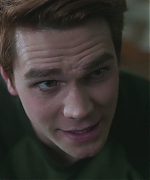 On Thursday (April 06), KJ and the Riverdale cast attended a Photocall and Press Conference to promote Riverdale. I have updated the gallery with some high quality photos from both events. Check them out! Also be sure to check out Becoming Lili @ lili-reinhart.com to check out the pics of KJ’s co-star who plays Betty Cooper! 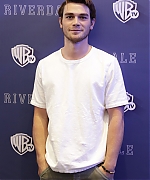 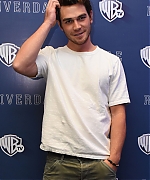 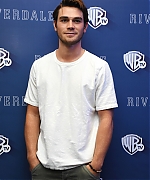 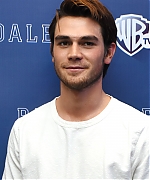 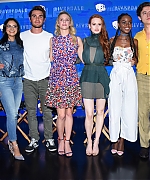 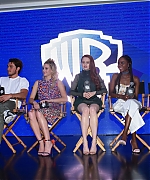 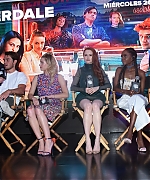 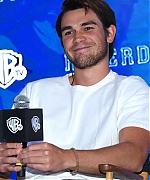 Hello KJ fans! I have updated the gallery with high quality episode stills of KJ in the 10th episode of this season of Riverdale titled “Chapter Ten: The Lost Weekend.” Enjoy!

When Fred (Luke Perry) decides to finalize the divorce with Archie’s mother Mary (guest star Molly Ringwald), Archie (KJ Apa) hides his true feelings. Archie tries to win Valerie (guest star Hayley Law) back with a romantic evening, however, Betty (Lili Reinhart) hijacks his plans when she decides to throw Jughead (Cole Sprouse) a surprise birthday party. Once Cheryl (Madelaine Petsch) learns of the party, she decides to make it interesting and things quickly get out of control. Meanwhile, Veronica (Camila Mendes) contemplates whether she should participate in the deposition to help get her Dad released. Madchen Amick and Marishol Nichols also star. 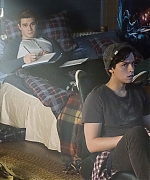 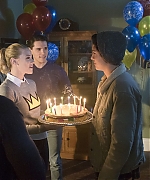 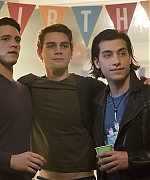 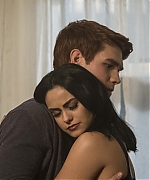 I have updated the gallery with HD logoless screen captures of KJ from the eighth episode of Riverdale titled “Chapter Eight: The Outsiders” to the gallery! Enjoy! 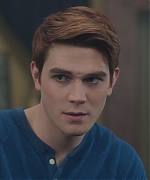 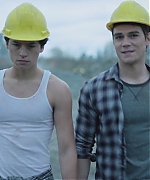 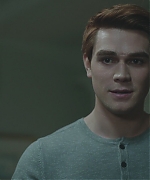 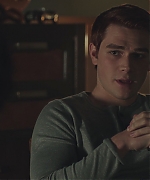